My Zumba group and I were working out at an upstairs location.  We were grooving to the beats, enjoying ourselves.  I noticed a woman watching us from the back door.  I assumed she was interested in maybe doing a class.   We carried on.  I then noticed her standing at the front door watching us.  Once again, we kept doing our thing.  She finally said “Excuse me”.  I stopped the music to see how we could help her.  With an attitude she said that she had to lock up upstairs.  I told her that was fine and that we would lockup once we finished.  I asked if she minded telling the owner downstairs what she had told us.  With even more of an attitude she said, “Yes, I would mind!”  I was taken aback.   It took me a couple of beats of the songs to get back on track.  We were all surprised with her demeanor but just brushed it off.

Well, I guess this lady was going through something because the next day she came to the facility to give me a card.  She apologized for the way that she spoke to us and stated that that was not the way she really is.  I shared her card with the group.  We realized that everyone has their good and bad days and that her attitude was probably much larger than her interaction with us.

I could have put her on my enemy list, but I did something different.  I realized the value I could give to the business where she works.  I reached out to the manager (and didn’t mentioned the incident) and am forming a partnership with them.  As we enter a new year, think about some of the things or people that have affected you either positively or negatively.  Think about how (or if) you want them to be a part of 2011.  Just remember, though, you can’t control another person’s actions.  If you want someone to continue with you into 2011, remember you are accepting them just the way they are.  It’s not about spending next year trying to change them.  Not everyone should make it into next year.  That man that always hurts you – leave him alone!  If he wanted to be with you he would.  The friend that always lies about you behind your back – leave her alone!  That’s not a true friend.  That person that serves as a source of inspiration for you (even if you don’t know him/her personally) – keep him/her close!  Surround yourself with positive people doing positive things.  Think about all that you want to accomplish, write it down, tell the world and make it happen!

First of all – Happy New Year to each and every one of you! 2009 was a overall good year for me.  I traveled, traveled and traveled some more by taking 15 trips.  I fell in love with someone that lives 1,000 miles away, made a name for myself in the fitness world, and experienced history with Obama.  Unfortunately I also lost my grandmother, realized I need a new career and woke up one morning with a paralyzed neck.

Last year I set three goals. 1) to get my fitness pro card, 2) to open my heart to falling in love and 3) to increase the OnyxLouisville presence.  I was very close (4 points) to getting my pro card. I spent a year in a relationship and to feel loved was amazing!  And, I met my goal for OnyxLouisville.

This year with 2010, I decided to do “10 for 10 in 2010″!  I have set ten goals this year.  Some are continuations from last year like getting my fitness pro card.  Others are extensions of last year.  Although my relationship started out great, toward the end of the year I wasn’t sure if it was “the one”.  So, I am starting out this year single again with a goal once again of developing a new successful relationship.  Then there are new goals like doing more public speaking for community service organizations and seeking another career.  I might not achieve all of my goals in 2010, but it’s a direction to work toward.

Why not join me in “10 for 10 in 2010″?!  Think about ways you want to improve yourself. Whether big or small, set some goals and try to achieve them.  Share your goals with others so they can offer you support and encouragement.  The sky should be the limit for all of us this year.  If you believe, you can achieve! 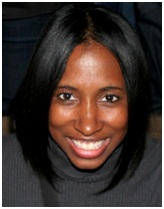 I started 2008 with the feeling that it was going to be a great year. Several goals were set and I sought out to achieve them.  The main one was the figure/fitness competitions.  I did not first start training until the end of January last year.  I dedicated my time, stayed focused and now have a mantle full of trophies from seven different competitions.  It wouldn’t have happened if I hadn’t ventured to try something new.

Although I didn’t travel as much as I’d prefer internationally, I was able to go to Washington DC, Cleveland, Charleston, Fayetteville, San Diego, Chapel Hill, Myrtle Beach and Baltimore.  I took my first hot air balloon ride here in Louisville.  It was an amazing, yet at times scary ride.   Both Louisville and Southern IN both look extremely different when you are floating across.  My vote was cast for the first Black president.  Barack the Ville, baby!

It was a blessing to see two of my closest friends give birth to adorable baby boys.  OnyxLouisville grew by leaps and bounds.  I received several honors for my dedication for the community and continued to keep the vision from my parents alive. New friends were made like Alexis Mack who showed me how two people can look to each other for strength in different ways.  Although she may see strength in me, I see so much more strength in her as I watch her raise her children while setting a remarkable example.

I experienced passion and pain, laughed until I cried and cried until I laughed.  I received flowers just because.  Gentlemen showed me that you can still be courted and I was able to realize that often times it is best to “just be friends”. There was the discovery for my love of taking photographs. Comedy shows, performances, sporting events and parties were all places where I could be found.  I even walked the cat walk twice in fashion shows and graced the pages of several local publications.

Somewhere between all of those things I enjoyed sleeping, watching Grey’s Anatomy, dancing to my favorite music in my living room, pigging out right after a competition, googling any and everything, catching up with lost friends while saying goodbye at the funeral of others, expanding my dress closet, and taking time to pray at the end of each day for all the blessings that occurred.

If 2008 was a struggle for you, make this your year of change.  Think about the things you’d like to accomplish and don’t let anyone hold you back.  Make 09 your time to shine!

The year 2007 started out horribly for me.  My desktop computer crashed.  I attended the funeral of my grandmother in Fayetteville, NC.  I then traveled back to Louisville to attend a second funeral for her (family drama).  While watching the news I saw that there was a car accident where a man running from the cops crashed into a car ejecting seven kids.  Two of these kids were my former students.  I went to the hospital to see one of their precious souls on life support.  That sight went straight to my heart.  Then the heat in my house went out and I had to purchase a new heater.  Then my laptop crashed.  My boyfriend and I broke up. Oh, and did I mention that all of this occurred before January 20, 2007?

I prayed daily that this would not be how all of 2007 existed.  Luckily, my bad luck ended there.  On January 26, I went out on an outing that would change the rest of my life.  Renee Murphy, Shannon Maxey and Tioka Ivory entered my life.  I was never one to be a part of a girl group or a ‘chic clique’ but these women have become my best friends.  It is simply amazing how God puts people into your life.  I didn’t ask for them to be placed there, but he knew it was what I needed in my life.  These women have been there for me through thick and thin and I am truly blessed for their existence.

The rest of my year went pretty well.  I was able to travel to North Carolina, Cleveland for the Women’s Final Four, Philadelphia, St. Louis, Arizona, Virginia, Detroit and who can forget Puerto Vallarta.  I expanded OnyxLouisville and have met many wonderful people in the Louisville community.  I was able to join several Boards and also became a volunteer ‘Big”.  I was fortunate to see a plethora of top notch plays, concerts and performances here in the Ville.

December 31, 2007 ended with an odd twist, but I do believe everything happens for a reason.  I’m still waiting for genuine, true love to enter in my life.  I know it will happen when the time is right.  It’s going to be great in 2008 and I can’t wait to see what the future holds.