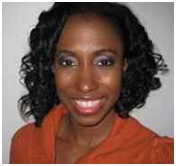 It was a lazy Saturday afternoon.  I was curled up in bed taking a pleasant nap.  Then the phone rang.  It wasn’t a number I recognized.  As I said hello, and older woman on the phone told me that her name was Betty and I had signed up to drive her to church on Sunday morning.

Crap, I thought to myself.  I volunteered to help drive people to church.  I received the email several weeks ago with the dates I was supposed to drive – but I never opened it.  I was partially bothered at the call because I had not planned on going to church on Sunday because of something else I had planned.  But as I pouted (in my mind) I continued to listen to Ms. Betty talk about how she doesn’t drive, and how she’ll be 89 in April and how she’s just so thankful that I will be able to drive her to church tomorrow.  I told her I would be proud to drive her to church and took down her address.  Then, I looked through my emails and saw “February 14, Michelle Yeager, Betty” Uggh.

I woke up earlier than normal in order drive to her house, still a little perturbed.  On the way, I decided to make the most of it and stop by Whole Foods where they had some beautiful flowers for sale.  As I pulled up to her house, she was already waiting outside.  I told Ms. Betty she’d have to turn around because I had some tulips for her for Valentine’s Day.  Her face beamed so bright.  You would have thought she won the lottery. She told me how precious I was and we went inside to find a vase.

On the drive to church, Ms. Betty told me that she was one of the founding members of my church.  (I was born and raised in my church so I’ve been there over 30 years).  She told me these amazing stories of when they met at the St. Matthews Women’s Club with the idea of forming a church and the different fundraisers they had.   I became mesmerized by her stories!  She told me past stories of parishioners that I have grown to know and love.

As we pulled into the church she asked if I would mind if we sat together.  I told her of course.  As we walked toward the sanctuary, we both spoke to people we know.  Ms. Betty bragged about me and I told people we were on a Valentine’s date.  After the service I drove her home and she wanted to spend more time talking to me.  She reflected on how grateful she was that I thought of her and spent time with her.   Although I couldn’t stay long (since I did have a real Valentine’s Day date later that day) she made my Valentine’s Day more meaningful than I ever would have imagined.

*On a side note – The Frankie Beverly/Maze and After 7 Concert was off the chain!  People were standing up and dancing in their seats on the main floor and in the balcony.  It was an old school party within a concert. (Now, some people shook a little more than they should have, but I won’t mention any names).  And, I’m sure I’m not the only one that walked out of the concert suddenly realizing that I had to work the next morning – thank goodness for snow days!