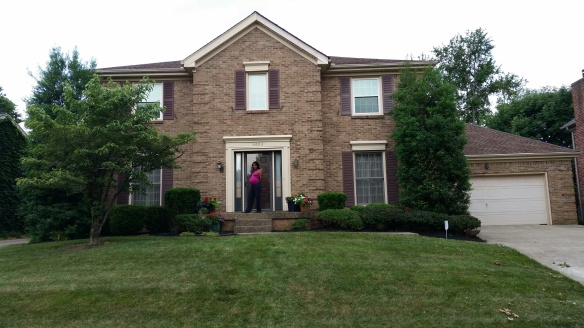 I honestly never really thought I would do it.

But it was time.

The only home that I have never known, now belongs to another family.

I really never had intentions of living as an adult in that home.  Truth told: I had put down a deposit my first condo in May of 2006. About two weeks later, my mother passed away from ovarian cancer.  It was three days before my birthday. Her house, my childhood home, was paid off, in a great neighborhood and a great overall home. I was able to get my money back from the condo downpayment and move back into the place where many memories were created.

After I moved back into my childhood home, at the age of 30, I thought I may stay in the house forever and ever.

What a surprise it was for us to get our first duty station in Fort Knox, KY. My boyfriend, who became my husband, drove 45 minutes between our house and the place that holds the gold.

It’s not the only place I’ve lived.

I actually started my life in Mallgate apartments.  We first lived in an apartment and then moved to a townhouse at 7107 Kings Court, Louisville, KY 40207.  We didn’t move to my “childhood home” until I was seven years old.

One of my first memories involved a trip to the emergency room.  I remember my mother driving me to our new house.  We were pulling up to the intersection of Browns Lane and Dutchman’s Lane (right in front of the hospital) and we saw my old school bus.

I pointed to it.  My mother looked.

My mother hit the car in front of us.

Of all things that could happen, I bit in my tongue and had to get stitches in my tongue. Yes, dear friends, you heard that right.

Our house at 4604 was known as the house with the steepest driveway.  My parents used to yell at kids who tried to ride their bikes down it.  Our house also had a balance beam in the back.  My father built it for me.  BEST. GIFT. EVER! Our backyard was attached to a farm, which became a golf course, and there were yearly steeplechase races. My parents loved to host gatherings.

The majority of my childhood, teenhood (is that a word?!) and adulthood memories were wrapped up in that one building.  I had convinced myself that we would never part. 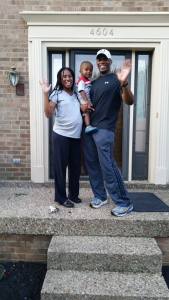 The military called us this year to move to Fort Bragg, NC – home of the 82nd Airborne. When we move over the summer I had every intention of holding onto the house and renting it out. But, once all of my items and memories where removed from the house, I quickly realized that all that remained were bricks.

The memories came with me.

When I realized that, I was fine to sell the house and move on.

4604 sold without me ever making a trip to Louisville. I actually signed all paperwork electronically. Our family came in town the week after the official closing.  The only thing I asked was to be able to walk through the house one last time. 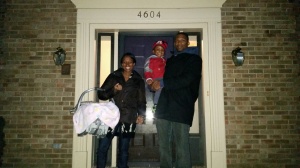 day, December 19, 2014, I met the new owners of the house.  It was a young couple with twin toddler girls. As I walked through the house one last time, I knew I did the right thing.  There were no tears shed. I was happy. I had my husband, son, and infant daughter with me and realized that as long as we are together, wherever we lay our head will be our home.

The house that Steve and Lillian built helped to mold me into the person, mother and wife I am today.  I am proud that a new family will be able to create their own memories. I am excited that my family will be able to travel the world. I know that regardless of where we go, 4604 and the memories will always remain.